Without a doubt, celebrities can influence trends. So, have you ever wondered where these trendsetters lie in regards to vaping? Do you know any celebrities who vape? Well, if not, this post was made for you. 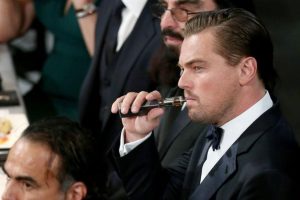 Titanic leading man Leonardo DiCaprio was spotted vaping at the SAG Awards Ceremony puffing on what appears to be the Innokin iTaste MVP 2.0 paired with a KangerTech AeroTank Mega. Now, we are so curious what the flavor is? 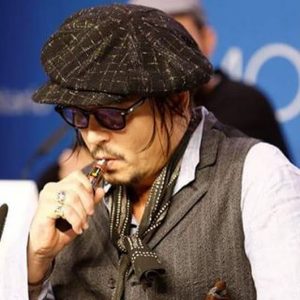 Johnny Depp, who played Capt. Jack Sparrow on the fantasy swashbuckler series Pirates of the Caribbean, is the first mainstream celebrity to vape on screen. In his movie entitled The Tourist, he can be seen vaping an e-cig on a train. He also uses vape mods in real life.

American singer, songwriter, and TV personality Katy Perry was seen vaping an e-cigarette during her Labor Day party in 2011. She donned a floral summer outfit and was seen holding a beer and taking hits from what appears to be a purple Ego Twist vape pen. She also once shared a vape pen with her then-boyfriend Orlando Bloom at the Golden Globes early in 2016. 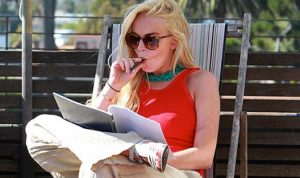 After getting over her rough stint of drug abuse, famous child star Lindsay Lohan finally is now living a cleaner life. The Parent Trap actress was seen vaping as early as 2011, making her possibly one of the earliest Hollywood celebrity vapers.

Yes, even vampires like Edward Cullen, the fictional character portrayed by Robert Pattinson in Stephanie Meyer’s Twilight series, vape. The actor reportedly used e-cigarettes to help him quit smoking. He was even spotted vaping and dancing during Drake’s performance at Coachella 2015.

Vanessa Hudgens, who rose to fame after portraying Gabriella Montez in the High School Musical series, has been spotted vaping on numerous occasions (even in cars). 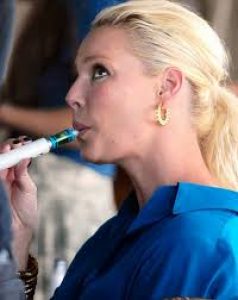 American actress Katherine Heigl, who starred in movies such as 27 Dresses and The Ugly Truth, is perhaps one of the top celebrities to introduce vaping into the public eye. In her interview with David Letterman, Heigl admitted that she started smoking at 25 and shared how e-cigarettes helped her quit smoking real cigarettes. 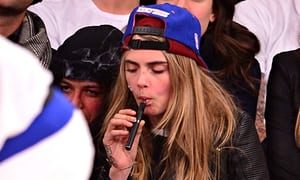 Model and actress Cara Delevingne has been spotted vaping on and off the runway and even at certain events. The Paper Towns actress once told reporters that vaping should be deemed a safer alternative to smoking.

Wrecking Ball hitmaker Miley Cyrus has shared stories of vaping. She has even shown off her vaporizer to the cameras in several instances.

She also made headlines after bringing up her experience with Leonardo DiCaprio at the SNL 40 after-party. In her interview with Jimmy Fallon at The Tonight Show Starring Jimmy Fallon, she said it is common courtesy to “pass that sh*t once you hit it, but Leo didn’t pass it.” She was referring to Leo’s vape pen here.

Barbadian singer, songwriter, and actress Rihanna is also a vaper. The Diamonds hitmaker said she prefers vaping as it is not hard on her voice. She can enjoy as much as she wants to and there are tons of variety to choose from. During her tours, she did not mind showing off her vaporizers and taking hits occasionally.

Celebrity heiress Paris Hilton has been seen vaping at clubs and vacation spots. The fashionista, who is always going with the trend, has also moved on with the flow to a healthier way of smoking. Hilton is the great-granddaughter of Conrad Hilton, the founder of the Hilton Hotel chain. 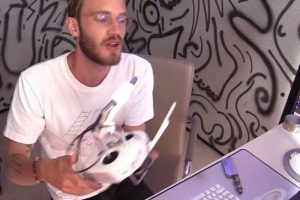 In this age of YouTube and social media, Swedish Youtuber PewDiePie is a household name. In one of his videos in 2016, a the Coolfire IV box mod has been spotted on his table. He has also been seen vaping with H3H3.

Excited to follow the steps of these celebs now? You will find lots of helpful tips The Vape Snob.