We all know and love the taste of green apples. Many companies have unsuccessfully tried to replicate its great taste but have sadly missed the mark. I almost completely gave up on searching for sour green apple e-juice flavors that actually produced the classic green apple taste I was looking for. The search was over when I found Apple Rancher by Atomic Dog Vapor. There are few companies out there that are capable of meeting the high expectations of picky vapors like myself. If you have tried other apple e-liquids and weren’t satisfied you should check this one out. 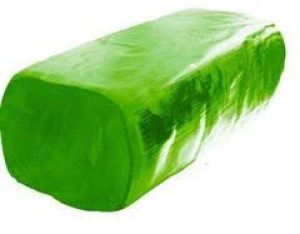 Apple Rancher e-juice is one of my favorite e-liquids from the entire Atomic Dog Vapor collection. The flavor of the e-juice is not overwhelming in any way, but its flavor is not too weak either. Apple Rancher is the perfect combination of real apple tartness and the sweet and sour taste of green Jolly Ranchers candy. When vaping this Green Apple e-liquid, you can taste the apple candy flavor on the inhale. The taste does not change much on the exhale, so its sweet and sour green apple candy all the way through.

Apple Rancher juice comes with a vegetable glycerin (VG) and propylene glycol (PG) ratio of 70/30. It is best to vape this e-juice from an RDA device, especially if you want to get its full flavor.  You can also vape this e-juice from a sub ohm tank but the flavor won’t be as strong as vaping it from an RDA. Atomic Dog Vapor produces e-liquids with perfect viscosity so you’ll never have to worry about your coils get all junked and gooey or your cotton getting burnt. Apple Rancher produces nice thick dense vapor clouds while maintaining its tart and juicy delicious flavor because of its 70/30 VG/PG ratio which is one of the industry standards. If you’re a cloud chaser then this e-juice is the one for you.

Apple Rancher e-juice produces thick dense clouds. These clouds tend to linger a bit. Also, every puff will leave behind the sweet-smelling aroma of juicy green apple candy tantalizing everyone around you.

This e-juice has an all-around mild throat hit but I would recommend using 3mg or 6mg if you or using sub ohm vaping gear such as RDAs or tanks. In my vaping experience, anything above 6mg tends to be extremely harsh on the throat unless you are used to it. If you use 3mg or 6mg the throat hit from this e-juice will be mild and you can chain vape at high wattages all day without a problem.

The Atomic Dog Vapor company has made its mark in the market with its high-quality, affordable e-liquids. Apple Rancher has to be one of my favorites but Atomic Dog Vapor has many more mouthwatering e-liquids. Such as Pup-r-mint, Dog-Nog, Gingerbread Cookie, Sponge Candy, Mega Mocha, Sweet Spot, Mint Meltdown, Atomic energy, and so much more.

When you finally get your hands on Atomic Dog Vapor Apple Rancher E-liquid you won’t ever want to put it down. Instead, you’ll want to vape it all day. You can you get some of the best-tasting e-liquids anyone has to offer in this industry for a great price. For 30ml of flavorful green apple candy, you’ll only pay $8.99 and if that deal weren’t sweet enough you can get 136ml for only $14.99. For high-quality and cheap unbeatable prices on e-juice go to www.atomicdogvapor.com

How to Choose the Right Vape Juice